Beliefs: How are yours working out for you? 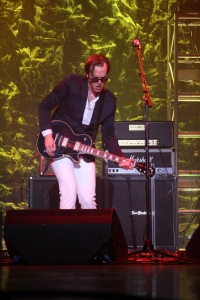 Many years ago, I went to hear a speaker talk on beliefs. She had interviewed thousands of people about their beliefs, and in her talk that day she recounted real life stories of how these beliefs came to pass as reality time after time. The title of the talk was something like “You Get What You Expect” and it opened my eyes to the power of the mind.  I started paying attention and looking for this phenomenon in my life and around me. There are thousands examples I’ve noticed over the years, but here’s a few that are intriguing:

Now, if we could all just have the strength, stamina and determination of Federer, the creative genius of Manilow, the talent of Bonamassa, and the happy demeanor of Hawn, wouldn’t we make up a world of super heroes? Rhetorical question I know, but what was the genesis of all these great feats – these great lives? Thoughts. Beliefs. Do we not all already possess both? Do we not all have the capacity for courage, self-belief, determination, a positive outlook and the ability to keep working toward a dream, even when things get hard or don’t look like they will work out? Of course. Yes, we all have thoughts and beliefs, but the precise mix makes us uniquely ourselves and determines our life path.  There’s power in cultivating positive thoughts, positive beliefs and a positive mind. How are your beliefs shaping your life?
Sandra M Bell
Author of “Lunchtime Joy Magnet”