Getting Congruent with Your Life’s Story 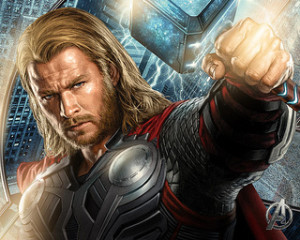 Today I want to talk about a simple event in my life that I’ve come to think of as “Cracking the Miller Code.” It took decades and decades, but when I finally realized the serious implications of what I focus on today directly impacting my future reality, it became rational to stop looking at what I didn’t want. It started making sense to not focus on the things that weren’t working in my current reality if I wanted a better life.  Instead, it was time to get clear on what I did want. As my get-clear thoughts were circulating this illuminating event came up that gelled everything nicely.

As I am a writer, I thought it would be fun to attend a meeting of the Dallas Screenwriters Association to see what they talk about. I walked into a packed room abuzz with an expectant energy with not a clue as to what to expect.  So, I found an open seat in a far corner and assumed a classic college-lecture slouch. There was an unassuming dark haired gentleman sitting at a metal desk at the front of the room. Handsome with a highly approachable air that suggested he was a writer that had taken his licks, he fiddled with his phone as people filed in and settled into seats. I did the same with mine, finally switching it into vibrate mode as I waited for him to call the meeting to order. But he didn’t. Finally, a lady rose from the audience, waded through the crowd and began to tick down the immense resume of this casual dude sitting at the front desk that I had just mistaken for a meeting monitor, possibly club secretary.  His credits and accolades were a mile long. This man was Ashley Miller, a famous TV and feature film writer. He and his partner have written such mega blockbuster hits as Thor and X-men. My body straightened itself into full attention.

He kicked it from first to fifth gear in seconds with the ease and wisdom that can only be gained, by yes, hard licks and passionate career persistence. He was funny and candid as he enlightened the group with the real industry nitty-gritty for which the audience hungered. But, the part of the talk that jumped out at me like a 3D Avatar was the bit he interjected about the number one, hard-and-fast rule that he and his writing partner have for creating scripts. He said, and this is a paraphrase, that it didn’t matter if he wrote the best line of his career or of all time — if it doesn’t support or add to the story, they throw it out. The story is king and dictates their every decision, their every word.  They start with a detailed outline that drives the story and  they always stay true to the plot and original character motivations.

Driving home it struck me that Miller’s code for success, would translate well to getting clear on what I wanted. There was no longer any reason to think or act in any ways that were incongruent with the life outcome I desired to manifest. So, when I got home that evening I sat in the soft pink glow of my kitchen’s salt lamp  and  quickly, stream of consciousness, scribbled down six ideals of the future Sandy to which all my thought and all action would support. It said, I want to be:

To this day, I carry those simple notes, the Miller Code, in my phone and look at them often, as I measure choices against the list to see if they will add or detract from the life story I’m creating. It’s a way of aligning with authentic self. From what to eat to walking away from a conversation that turns to gossip, small or large, the choice must support my future creation. We can’t be incongruent. We can’t say we want to feel inner peace and equanimity and listen to rage music. We can’t say we want to be fit and healthy and eat fried chicken with cherry pie for dessert. In my journey, pulling faith, belief, action and passions together for a vastly different reality, a better life, has meant getting clear on what I want and acting congruently with that story.
Blessings!
Sandra M Bell
Author of “Lunchtime Joy Magnet” & personal coach