What are the effects of stress on your health? 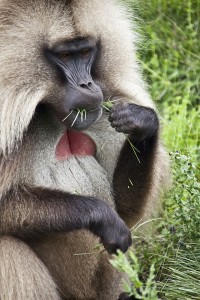 Back in the 70’s there was a brilliant and bohemian neurobiologist named Robert Sapolsky who was truly the first to begin to uncover the real health effects of stress on the body. Before Sapolsky’s studies, doctors thought stress caused peptic ulcers. But, it wasn’t until sometime after Sapolsky’s work that they began to understand why. Sapolsky made his amazing discoveries not through the study of humans though, but through his research of the effects of stress on primates – specifically baboons.

He choose baboons to work with because he noticed that they were able to take care of their caloric needs in about 3 or so hours a day, and then the rest of the day was left for interaction. And, these animals are brutal; they spend a lot of time antagonizing each other. This made them a great model for human studies! For the most part, their stress is not due to the possibility of being attacked and killed by another animal as much as it is from social and psychological stresses from interacting with each other.

He found there was a real pecking order from the alpha males all the way down the line. So, he spent years stealthily shooting blow darts into these animals (this is so he could knock them out without them having any stress response to knowing this was coming) and then he’d take their blood samples to analyze their stress hormone levels.  What he found was startling. He found the rank of a baboon in the pack predicted its level of stress hormones.  The leaders, or alpha males, had very little and the levels increased as you worked down into the pecking order. He also found that the lower ranks had higher blood pressure and increased heart rates, which are of course predictors of a not so long lifespan. These were major revelations and much research and progress stemmed from his work

Then came Carol Shively, who worked with macaque monkeys for a few decades. She discovered that higher levels of stress caused plaque buildup in the stressed-out subordinate monkey’s arteries. The alphas had clear arteries and were eating the same diet.  She also did PET scans and found that the dominant monkey’s brain pleasure centers lit up brightly indicating strong dopamine linking, whereas these same areas showed up more dimly in the PET scans of the subordinate monkeys. Long story short, this means the subordinates had diminished capacity to enjoy the pleasurable aspects of life.

I like to think of these discoveries as the ‘Subordinate Effect.’
Does it mean our human leaders can’t suffer the same devastating effects of stress? Of course they can. Even CEOs have to answer to their board of directors and stock holders. It really comes down to how one  perceives and processes stressful mental events. Although statistically, those  in the lower ranks do suffer the  health consequences of stress more.

We now know that not only does stress cause plaque buildup in our arteries, high blood pressure, heart disease, less ability to feel and enjoy pleasurable events, but we also know it shrinks the size of the hippocampus (the area of the brain involved in memory and learning). It also  adds fat around our abdomens, represses our immune response and frays our telomeres (the protective ends of our chromosomes), causing pre-mature aging and shortened life expectancy.

Remember back before Sapolsky, doctors thought stress caused peptic ulcers? Well, come to find out later, in 1982, the Helicobacter pylori bacteria was discovered as the cause of peptic ulcers. But, about half the population has that bacteria in their gut. So why do some people get the ulcers and others don’t? Further research found that chronic stress suppresses the immune system, allowing the bacteria to go nuts and cause the ulcers (and other health maladies). So yes, stress does cause peptic ulcers, but only because the suppressed immune system allows the H. pylori bacteria to take over.